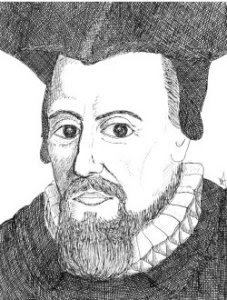 I have always thought that the debate over whether the Eucharistic elements objectively become the Body and Blood of Christ before or after partaking to be entirely academic. What can be proved from Scripture and Tradition is that consecration and partaking go hand in hand. They should not be separated.

This is seen in the Eastern liturgical tradition, which was never touched by the Scholastic and Reformation debates. Indeed, in the East, the sacraments/mysteries (including the reserved sacrament) never were and are not now venerated or adored apart from partaking. In fact, Eastern tradition regards Western Benediction and Exposition as "bread idolatry." Yet, quite ironically when you consider that Easterns are functionally Receptionist, their divines usually consider the formal doctrine of Receptionism a heresy -- perhaps because it over defines and rationalizes the Mystery in a spiritual way to more or less the same degree that Transubstantiation makes the Mystery too material.

In sum, lets not debate the Mystery of Holy Communion, the Mass, the Divine Liturgy, the Lord's Supper in an intellectual manner. Let us prepare ourselves to receive it worthily, to grow in Christ and allow him to grow in us, and to live as it becomes the recipient of the Gospel.

Indeed. In the Divine Liturgy in the East the elements are reverenced before and after what we in the West would call "the consecration"--the Russian Orthodox theologian Alexander Schmemann makes a point of this and says things that could come right out of the quote from Hooker. And you are right in pointing out the the Eastern Orthodox do not practice extra-liturgical devotions with the elements at the center of the rite--the Western Orthodox do, but this has been because most were Anglo-Catholics or Romans. It is not a part of Orthodox tradition, for it is based on the Scholastic theories. Sadly, such stuff from a great theologian of the East like Schmemann+ sounds "protestant" to our Western ears, worn by the debate or "when" and "how" in the Mass. It is not "protestant," just another way of thinking about the Eucharist, a way of thinking that would have made more sense to Cranmer and Hooker then the debates of the Scholastics. I'll post some from Schmemann+ next week.