The Anglican Reformation Undone:
Breaking the Via Media of a Church without Protestant Subtractions or Roman Additions. The Errors of Extremes on Either Side 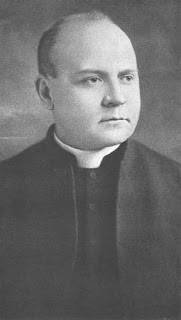 The Baptismal Controversy of the late 1800s

A comment from Father William McGarvey of the Clerical Union of the Maintenance and Defence of Catholic Principles (1900), with an added footnote by McGarvey+, given that at least one commenter has accused him of holding to a "protestant doctrine":

The doctrine of baptismal regeneration was the subject of hot dispute between High Churchmen and Evangelicals. The former insisted strenuously upon the doctrine, the latter repudiated it no less strenuously. But by regeneration High Churchmen understood a change of nature, at least they used such expressions as "regeneration of the nature." In opposing this the Evangelicals adduced the condition of the Christian man as conclusive proof that no such change was wrought by Baptism. They could not deny the evidence, which they had in themselves, that the nature of man is yet fallen and unregenerate. In their zeal against what must be regarded as a gross exaggeration of the grace of Baptism, they were led to make statements which seemed to deny that any change at all was wrought in baptism. Had both parties been acquainted with the clear-cut definitions of catholic divinity, and had they taken the pains to understand each other,
the Church might have been spared the miserable schism of 1874. As a matter of fact, Baptism does not change man’s nature. The change is made in the person, which is delivered from the guilt of original sin, brought into living union with God, and given power to struggle with the nature, and to bring it at length under the dominion of grace.
(A footnote to the material above written by Father McGarvey)
This distinction between the regeneration of the person and the regeneration of the nature is thus stated by St. Thomas: “Baptism cleanseth the infection of original sin in so far as the infection of the nature redounds upon the person; and, therefore, by Baptism the penalty which is due to the person is taken away, that is, the deprivation of the divine vision. But Baptism does not remove the infection of the nature in so far as that infection is to be referred to the nature itself; this will come to pass in the heavenly country when our nature will be restored to perfect freedom” (Scriptum in Sent. II. I. 32. 2). This distinction underlies St. Paul’s teaching with regard to the Christian man, and is the key to its interpretation. It is also brought out sharply in the Office of Baptism wherein the minister so positively declares that the baptized “is regenerate,” and yet prays that this same person “may crucify the old man (i. e., the unregenerate nature) and utterly abolish the whole body of sin” (i. e., the original infection which still remains).
Posted by Rev. Dr. Hassert at 6:53 PM 11 comments: