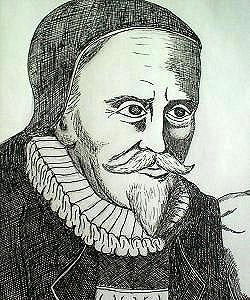 Highly regarded as a theologian by King James the First, Andrewes was appointed as preacher to the Royal Court and as a chief translator of the Authorized Version of the Holy Bible, and eventually became Bishop of Winchester. Andrewes also took part in the Hampton Court Conference in 1604, a meeting of divines which produced the Catechism found in all classic editions of the Book of Common Prayer (from 1662 onward).

The theology of his Sermons and Private Prayers is deeply rooted in the Incarnation, the mystery of the Word made flesh and its consequences for humanity. The language Andrewes employed in his writings and sermons was dense and deeply textured. In print, his writing needs to be carefully read (perhaps best out loud). T.S. Elliot commented that Andrewes worked on biblical texts in his preaching, "squeezing and squeezing the word until it yields a full juice of meaning. . ." Elliot's reading of Andrewes resulted in his conversion to Christianity and his joining the Church of England.

The liturgical style that Bishop Andrewes employed can be appreciated even today by turning in the 1928 Book of Common Prayer to The Form of Consecration of a Church or Chapel, this service being nearly identical to one of the same name composed by Andrewes in 1620. Bishop Andrewes was a churchman who preached and taught beyond the controversies of the Reformation/Counter-Reformation and established an emphasis on teaching the essentials of Christian doctrine as it had been known by the whole of Christendom in antiquity. Perhaps his best known statement sums up the essence of the Catholic Faith from which the bishop drew his theology: "One Canon (of Scripture) reduced to unity by God Himself, two Testaments, three Creeds, four General Councils, (over) five centuries." Lancelot Andrewes died as Bishop of Winchester in 1626.

O LORD and Father, our King and God, by whose grace the Church Was enriched by the great learning and eloquent preaching of thy servant Lancelot Andrewes, but even more by his example of biblical and liturgical prayer: Conform our lives, like his, we beseech thee, to the image of Christ, that our hearts may love thee, our minds serve thee, and our lips proclaim the greatness of thy mercy; through the same Jesus Christ our Lord, who liveth and reigneth with thee and the Holy Spirit, one God, now and for ever. Amen.
Posted by Rev. Dr. Hassert at 4:14 PM

I love Lancelot Andrewes! I wish I had more time to read independently now. It's Saturday night and I am making a ten page bibliography for a class I have next week. Boring! Anyway, what is a good book about Andrewes' liturgical thought and practice in his private chapel? I am a liturgy junky and would love some leads if you have some. I would like to reconstruct in my head how Andrewes did the Eucharist privately, and any other liturgical insights.

I posted something on Cranmer on my blog. I would love to hear what you think.