The Anglican Way: A Faith that Shaped a Culture 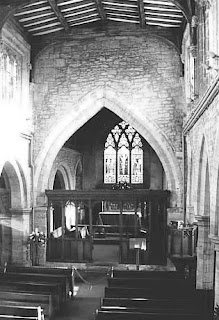 When one holds the classic Book of Common Prayer and prays from it, when one reads the Scriptures in the version commanded by King James and guided in its translation by Bishop Lancelot Andrewes, one holds a culture (the cultus of the Anglo-Saxon Christian people). One prays the prayers penned by a martyred Archbishop, cribbed and molded from the older prayers of the British and English Churches, as well as from the ancient Eastern Churches and the contemporary German Church. One worships according to a rite that inspired a King and his Archbishop to succumb to the executioner’s blade, fidelity to which resulted in exile or clandestine and persecuted worship.

When one holds the Prayer Book one holds nearly half a millennium of religious and literary heritage that guided a nation and helped bring many nations to faith in Christ. When one holds a Book of Common Prayer in the classic lineage (1549-1929 editions for the Church of England) one holds a volume that united a nation in worship and inspired magnificent cathedrals and humble parish churches. We in the Anglican Church in North America and in the Continuum are now entrusted with this heritage of faith and the culture it produced in the British and English Churches; in this sense we are like the Christian peoples of Eastern Europe, whose faith and worship have been suppressed by Islam and Communism in turn and now by Islam again. Many of these people have immigrated to the West and preserve their faith and culture in the United States, sometimes outnumbering those they left behind in the "Old World." Often this is the reason one will see in this country Armenian Churches (their people slaughtered by the Turks in the first genocide of the 20th century), Coptic Churches (now a minority in Muslim Egypt and under increased threat to their existence in that land) and various other Orthodox Churches that suffered under Communism. I feel for these people and sympathize with their attempts to preserve what was in danger of being destroyed from without. Similarly, we now see "Anglican" (a word that conveys an ethnic and cultural heritage) parishes rather than simply Episcopal (a word that describes polity) parishes. Sadly, the Anglican Church and its preservation is being done because the West has largely destroyed this tradition from within, perverting the ancient faith and defacing the traditional worship of the English Church and her sister Churches.

Know the history and faith of the Christian Church, especially the Church of the British and English peoples, know the devotions of the English divines, know the music of the English Church—know what it is you are “Continuing” in and why, know why the Anglican Church in North America came into existence, so that you may faithfully preserve it for your children and your children’s children.

As the Anglican Church in North America develops a new Book of Common Prayer let us pray that it keeps in mind the great heritage with which it has been entrusted.
Posted by Rev. Dr. Hassert at 8:24 PM