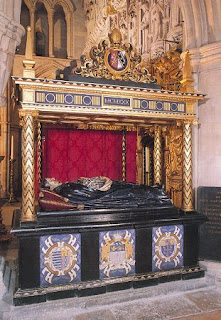 Also, as a general principle, Anglican acceptance of a General Council means acceptance of the central judgment of the theological principles in issue in the council -- but not necessarily all the specific canon law attached thereto. I believe Rome also goes this way and even the East itself, which takes the canons propounded at the Seven General (Ecumenical) Councils very seriously is somewhat selective in their adherence to them.

So, Anglican acceptance of the Seventh Council does require us to kiss images or prostrate before them -- but general principle of reverence and piety do compel us to honor the cross and gospel and other images of Christ in his Saints by respectful placement within the nave and decent lighting etc. Also, we are free (but not required) to bow, pray or light candles before them.

I agree with your assessment; I think Evangelicals and Anglo-Catholic both often read too much into the Ecumenical Councils. We've seen how turns of phrase can be pulled out of context to support pet theories or doctrines. I believe the major Christological pronouncements is what ought to be focussed on.

I've read this and your other posts on the general subject of images, relative honor, veneration, adoration, etc., and for what it's worth, I agree that in principle, orthodox Christians of any denominational stripe at heart would agree with the major premise of the Seventh Council. Ultimately, though, what cinched it for me was Scripture. The Psalms contain admonitions to "worship toward His holy hill". There is also OT model of the Ark of the Covenant being carried in holy procession and worshippers making prostrations toward it with implied divine approval. There are also oddities like the human faces that decorate the walls of Ezekiel's temple. So for me at least, when I read the 2nd commandment in light of the rest of Scripture, iconoclasm is not a real option.

I think Mr Nelson's comment left out a "not" in the requirement to kiss icons and prostrate ourselves before them. But we would do well to remember that the Orthodox of Justinian's time and later would be doing precisely this to the sovereign just as the cardinals used to kiss the foot and hand of a new pope before exchanging kisses on both cheeks with him. Other times and places; other customs. Neither the English before us or Americans now treat political figures so. Celebrities? Well, that might be another matter.

The problem with the Seventh Council was that the translation that most Europeans were familiar with was simply inacurate. Hence it was rejected by folks who ought to have known better, but we also have to remember that both the empire of Charlemagne and the rise of the Hildebrand papacy intervened before we had sufficient folks who either read Greek or had access to authentic copies of what the Council actually said.
As for visits to the tombs and shrines of the saints, I have myself knelt and prayed at the tomb of Elizabeth I in Westminster Abbey just as I have made a pilgrimage to the church where George Herbert was rector. In both places I wish there had been a place to burn candles as there was at the tomb of St Cuthbert.

I was also pleased with your mention of the crucifix on the altar of Elizabeth's chapel. When she returned from her first progress she found that it had been broken and the rest of the chapel generally trashed. Her reaction was a royal temper tantrum that frightened both those who did it and some of her newly minted bishops who were uncomfortable in celebrating the sacrament so close to the image of our Lord crucified while wearing, in the words of one of them to a friend back in Zurich, "the golden vestments of the papacy."

The crucifix was replaced and never touched again while Elizabeth went on to have one placed in her hands when buried. She, who had called herself, as good a Catholic prince as any in Europe knew what that meant and the rubrics of her prayer book indicate that she intended that the ancient customs of the church should be continued and honoured in the Church of England.

Canon Tallis, thanks for the correction! You caught my intended meaning perfectly.

You wrote:
"An Orthodox liturgy (to the best of my knowledge) demands the use of an icon--even a mission parish requires a portable set of standing icons."

Well I am an Orthodox clergyman and able to answer this more definitely. Icons are NOT absolute requirements for an Orthodox Liturgy to take place. Vessels, Bread and Wine, water, an Altar, prayerbook, etc. are necessary. An Icon is part of the Liturgy insofar as the hymns and prayers are part of it. One could celebrate Liturgy without singing hymns, but it would disfigure Liturgy. Likewise with Icons, they are liturgical art - and as such are required for any normal Liturgy.

Perhaps this makes it easier to understand for Anglicans who would look with some degree of suspicion to the Orthodox and their use of Icons.

Thank you very much for the clarification.

As you said, from an Orthodox standpoint the lack of icons would be a "disfigured" celebration of the Divine Liturgy, whereas in the Anglican tradition the lack of hymns or even a cross wouldn't cause the priest nor the laity much concern.

This Anglican laymen would be VERY distressed by said service with no cross or images! In fact, I not recall ever having been to an Anglican Communion service without a cross and at least one religious image in the Nave or Sanctuary (counting statuary, stain glass, and icons), though "said services" without sung hymns are quite common on weekdays or as an early Sunday service.

In this regard I was thinking more of a mission service in a temporary location (conference room, cafeteria in a rest home, etc), not a permanent setting. If all I had in such a setting was the holy table with the white linen cloth, the service book, my vestments and the chalice and paten I would be "ready to go."

A new book, which I have just read, *Altars Restored: the Changing Face of English Worship 1547-1700* by Kenneth Fincham and Nicholas Tyacke (Oxford University Press, 2008), establishes that the crucifix had permanently disappeared from Elizabeth I's Chapel Royal by 1571. The authors also suggest that Elizabeth's general religious outlook can be characterized as "Lutheran," and that some of the events that took place in late 1559 (the universal removal of altars and the destruction of most religious imagery) were done against her liking and will, although in the end, after a failed attempt in 1561 to permit the rebuilding of rood beams and their associated imagery, she had to acquiesce in them, just as in 1565 she had to acquiesce in reducing the enforcement of vestments to that of a surplice only, and just as in 1571 she had to accept Article 29 (which she had rejected in 1563) being added to the 38 that she had approved earlier.

I would suggest from evidence elsewhere (the Vatican archives) that the writers of Dr Tighe's book are simply wrong. They are part and parcel of the Roman Catholic propaganda machine which can never, never be trusted. I just was going through my own old notebooks and pulled out a photo of a chasuble made for one of Elizabeth's chapel's in the late 1590's which is currently in a French museum. There were additions made to it indicating that it was still in use after James I became the King of England as well as Scotland.

Given the present state of disrepair of establishment Anglicanism, the Roman Propagandists believe they can get away with anything. After all, they speak with "authority" and the book was published by the Oxford University Press.

Since Elizabeth described herself to the Emperor Frederick as being as good a Catholic prince as any monarch in Europe and saw that requims were celebrated for the French king, I doubt that she could truly be described as "Lutheran."